The big news in the world of computers is Microsoft’s announcement that it will be making Windows 10 available for download to all Windows 7 and Windows 8 users from 29th July. 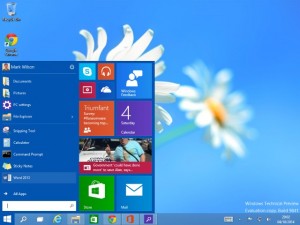 The technology gurus of the world are casting doubt on whether Microsoft will actually be able to fix the bugs that still exist in the pre-release versions of Windows 10, which people world wide have been ‘testing’ for Microsoft since the Autumn. While the broad view is that Windows 10 has Microsoft getting back to a more familiar format of Windows, they originally had the autumn of 2015 as the proposed release date for their new operating system. This earlier deadline appears to have caught a lot of people by surprise and this is raising the question, will it be ready?

For those who remember the ‘rush’ that brought us Windows Vista, this change of timing for Windows 10 is not necesarily to be welcomed. So, our view at the moment is don’t be in a hurry to get this latest offering from Microsoft, even if it is free.

We have further concerns about what will happen when your system is ‘upgraded’: will everything still work as before? Will you still be able to print? Will older versions of Office run OK? Will your accounts program still work? Our advice for now is let us try this out on our computers in order to iron out the issues and then we will advise you from there.

We are sure that Windows 10 is a good operating system, but we want to be sure it is right for everyone NOW. Windows 7 is not due to lose Microsoft support until 2020 and whatever you think of Windows 8, better the devil you know!

For now we recommend you just ignore the little Windows Flag that has appeared in the task bar next to the time and date (for Windows 7 and Windows 8 users). We will let you know later in the summer what you can expect to happen if (when!) you upgrade to Windows 10.